The new NAIT XS 3  ($2,999 USD) is the latest in a long line of Naim Audio integrated amplifiers, stretching back to the original NAIT of 1983. It’s a back-to-basics move for the company, in two ways. First, the XS 3 – alongside its SUPERNAIT 3 bigger brother – gets a moving magnet phono stage for the first time since the original mid-nineties NAIT 3; it was dropped with the advent of the NAIT 5. Second, careful tweaks have been made to the circuit design to bring a more organic sound; a detailed explanation of this was given at last summer’s exclusive launch event.

Naim Audio’s Electronic Design Director Steve Sells says that vinyl connectivity was reintroduced after a cross-departmental product innovation team proposed it, and consultation was done with global distributors, retailers and end-users. “It was a strong and easy message to pick up on that vinyl use is increasing. We coupled that with technical advancements we’d made within R&D, including the ability to put a phono stage within the crowded confines of an integrated without harming sound.” He adds that it is moving magnet-only because Naim didn’t want to make things too complicated; the XS 3 does, however, have a 24V input for its Stageline phono stages, should you wish to use a moving coil cartridge.

Aesthetically and ergonomically, this amplifier is a case of “meet the new boss, same as the old boss”. That famous black and green colour scheme remains, as does the slim form factor. The fascia sports round input selector buttons on the right and a large volume dial on the left; your only other control option is the bundled NARCOM-5 remote, which is uncomplicated and nice to handle. On closer inspection, Naim fans will notice two newcomers to the button brigade – Stream and Phono. The former brings into play one of Naim’s network players should you have one, and the latter switches in the aforementioned phono stage. The front is also home to a mute button and 6.3mm headphone socket. Around the back, there are five line inputs, with an option to use either paired RCA or Naim’s preferred DINs. Additionally, there are RCA sockets for subwoofer output and a USB port for updates.

There’s no DAC inside, meaning this amplifier is purely old school analogue. Indeed, that’s central to the XS 3’s whole reason for being, according to Sells. The original NAIT was so pared-down that it had a balance control that acted on one channel only, but the new XS 3 doesn’t go that far – yet it’s still a world away from most of its gadget-laden rivals. Instead, you get good old fashioned audiophile best practice, like careful attention to circuit design and topology – including the removal of a cascode stage transistor in the second gain stage – and an ALPS Blue volume potentiometer. There are ceramic insulators for the power transistors and the microprocessor control section is galvanically isolated to reduce electrical noise.

The user manual reveals that the AV and Stream sockets work both as input and output. Additionally, there is a switch that can put the AV input into unity gain mode, thus bypassing the volume control. Also, removing the Naim link plug (leftmost on the DIN line at the rear) uncouples the preamp and power amp sections of this integrated, which is claimed to put out 70W per side into 8 ohms. Additionally, this allows for an additional power amplifier to be connected or the option to add an external power supply for the preamp stage.

This is a definite improvement on the NAIT XS 2 – which was certainly no slouch, sonically. The XS 3 sounds noticeably more emotionally articulate and involving, yet still retains the controlled and balanced character of its predecessor. At the same time, the new phono stage is way better than you would expect in an integrated amplifier of this price, with a genuinely engaging and incisive nature.

The tweaks bring more of what Naim integrateds have always been famous for, with the XS 3 showing great control of rhythm and dynamics considering its modest price. For example, when paired to Marten Duke 2 loudspeakers, Rush‘s YYZ proved spellbinding. During the intro of the instruments spelling out YYZ in morse code (Toronto’s airport designation, pop pickers!), things sounded super-grippy. As the instrumental progressed, Geddy Lee‘s gritty bass tone and harmonics cut through while Alex Lifeson weaved his six-string magic. Yet it was Neil Peart‘s skills behind the drum kit that really stood out. At no point was the Naim wrongfooted – instead, it smoothly navigated its way through this virtuoso prog rock masterclass. Its composure was highlighted by the track’s synth transition just before the three-minute mark, which served as a great palate-cleanser before returning to the central theme.

Naim Audio amplifiers have always been able to conjure up a serious sense of space in my view – this has been evident in all the company’s offerings that I have heard, and the NAIT XS 3 was no different. Homeless from Paul Simon‘s ‘Graceland’ provided one such example. The atmosphere created by Ladysmith Black Mambazo singing with him in Abbey Road’s live room had my arm hairs standing to attention. The purity of the vocals was retained with the natural acoustics of the recording room, putting you right there. The American Collection Theme from Classic Yo-Yo had a warmth and depth that John Williams was obviously aiming for, allied to an expansive recorded acoustic that let the strings breathe. Again, I found this amplifier putting the listener right in the middle of a luxuriously open space.

Along with rhythmic snap and a spacious soundstage, the XS 3’s other party trick is its wonderfully sinewy bass quality. Billie Eilish‘s You Should See Me in a Crown showed me how this amplifier integrates the upper registers with a really authoritative low-end performance. Although tonally not as opulent as some similarly priced integrateds such as Musical Fidelity’s M6si, it’s undoubtedly lithe and taut down below. This little integrated certainly doesn’t lack energy or enthusiasm, as INXS‘s Keep on Walking strutted confidently through. Driving Ophidian P1 Evolution loudspeakers, the strident bass line pushed the track along towards the chanted chorus. I didn’t just get to feel its urgency and momentum, but could also pick out the strands of guitar and synth that often become indistinguishable with lesser performers. The power and majesty of U2‘s Sunday Bloody Sunday was also well conveyed too, with a thumping bass line allied to the aforementioned rhythmic prowess and expansive spatiality. 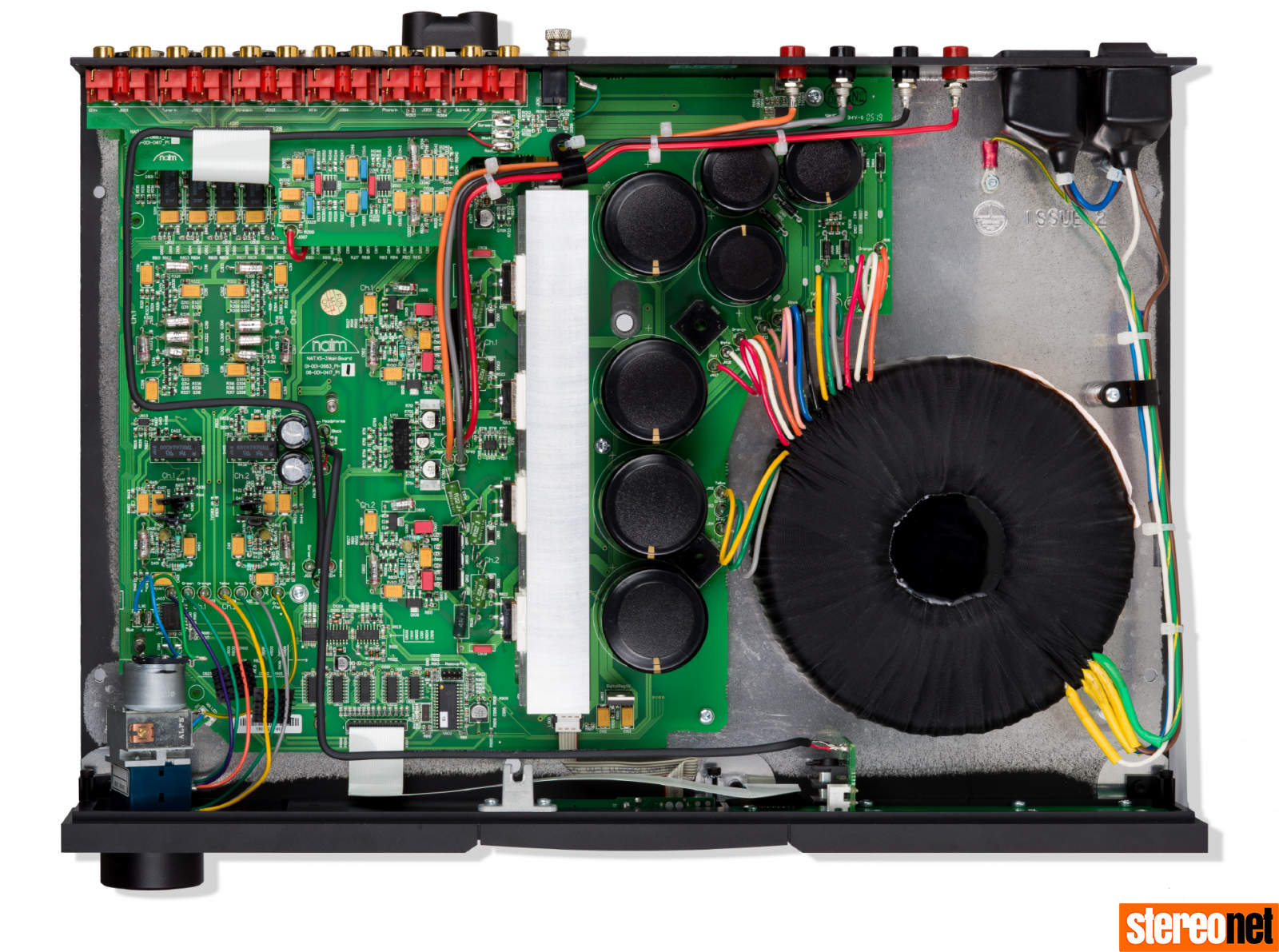 It’s more of the same via the headphone stage. Plugging in both my compact Ezertich Thalia phones and a pair of Oppo PM1s, the NAIT XS 3 retained the same enjoyable character that I heard through the loudspeakers – showing that head-fi was not an afterthought here. The same goes for vinyl too, as I found when I eagerly hooked up my VPI Prime turntable to the new phono input and realised the custom EQ curve works really well. Naim says it sits neatly between RIAA and IEC, and so produces a pleasant amount of bass which complements the overall warmth and richness of vinyl. When Kinga Glyk‘s Let’s Play Some Funky Groove kicked in, it was immediately apparent that the XS 3 was well up to the task of both capturing the rhythmic interplay and dishing out a gutsy low-end performance. At the same time, it kept the upper registers clean and tidy, just as they should be.

This latest Naim NAIT XS 3 represents a subtle but really worthwhile improvement on its XS 2 predecessor and puts it back at the top of its class in terms of value for money. It has a thorough and even-handed yet engaging and enjoyable presentation that’s hard not to love. It’s a long way from the fierce and feisty NAIT of the mid-nineteen eighties – being far more civilised and powerful – yet very much retains its fundamental love of music. Indeed, if anything, the XS 3 has actually got some of this insouciant quality back, sounding less workmanlike than its XS 2 predecessor.

The only stumbling block is also arguably its greatest strength – the lack of any digital connections. Sadly in electronics, you can’t have your cake and eat it – you either go for all-out sound as your priority or convenience. With this amplifier, Naim has chosen the former yet hasn’t sacrificed too much of the latter. The design team deliberately omitted a DAC stage to provide the best possible sonic performance at the price. Overall then, if you’re in the market for a superb sounding, purist integrated amplifier in a neat and compact package, then look no further – just go and listen.