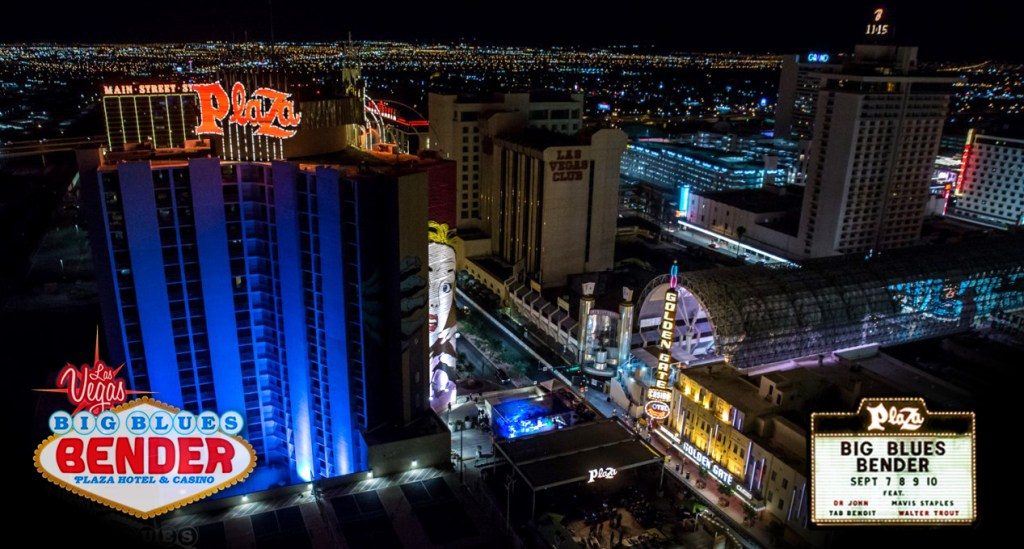 Deploying the largest all-VUE inventory in the City of Lights, H.A.S. Productions provided audio services for the four-day, sold-out Big Blues Bender in Las Vegas from September 7 – 10. This marked the fourth consecutive year H.A.S. has provided staging, lighting and audio services for the extravaganza where 2,500 attendees — many international — purchased four-day passes to sing the VUEs. Over the course of the event, blues luminaries like Dr. John, Mavis Staples, Tab Benoit and more than 50 other acts performed for a total of 18 hours a day across five stages at the Plaza Hotel — all powered by VUE.

As Larry Hall, H.A.S. president notes, as the event continues to expand in prominence, so do the demands for the PA system. “There’s no question that Bender attendees are willing to travel — and pay — for great music. And as the event grows in illustriousness with international clientele and acts, we work hard to ensure the systems on each stage exceed audience expectations,” explained Hall. “Our continued investment in VUE paid off again this year as we were able to seamlessly configure elements to meet the unique challenges of all 5 stages, while delivering the listening experience you’d expect when venturing to a high end performance.” 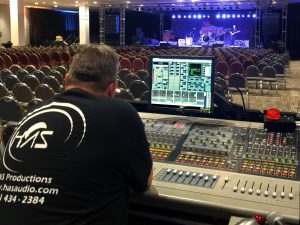 The Bender Theater Stage, located in the hotel’s main ballroom, served as the Main Stage and featured heavyweight acts like Walter Trout and Dr. John. The al-12s and hs-221s on either side of the stage were more than enough to cover the deep and wide room. The Pool Stage, located on the hotel’s rooftop, wowed up to 1000 guests at a time with the likes of two-time Grammy-winning Mavis Staples, and the weekend finale from the legendary Tab Benoit. Ground-stacked al-12s withhs-221s made a profound splash with uncompromising audio from front to back across the entire rooftop. 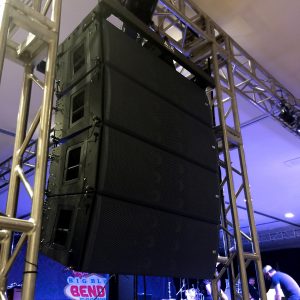 The Casino Stage featured an array of talent, including multiple sets by Leon & Friends. The stage was outfitted with pole-mounted al-4s over hs-221 subs that provided perfect coverage across the casino, to the 500+ guests who gathered there until the wee hours of each morning.

The Juke Joint Stage, which functioned as the VIP room, featured intimate performances from the likes of Tab Benoit and Monkey Junk. Again, pole-mounted al-4s with hs-221s made for true rock-and-roll-level audio in this “high-roller” venue.

The Bender Showroom Stage was housed in the Plaza Hotel’s main showroom and featured a much-anticipated tribute to the Allman Brothers, led by Southern Hospitality. The main system was al-8s and hs-221s, which provided the audience with truly impressive in-studio-like audio.

Big Blues Bender 2017 was an obvious success for everyone, as the mostly Baby Boomer-generation attendees enjoyed world-class performances in a relaxed, comfortable setting. According to Hall, his crew and the VUE system more than rose to the even higher standard set for this year’s event: “As the Big Blues Bender grows in size, the production needs surge in size. The audio, staging, lighting, and round-the-clock labor antes were all upped this year and we were more than able to meet the needs of this successful and growing festival. With the growing acceptance of VUE across the industry, we look forward to hearing the supreme quality of their systems in many other festivals and venues around the world in the near future.”