VUE Spreads the Love in Milan 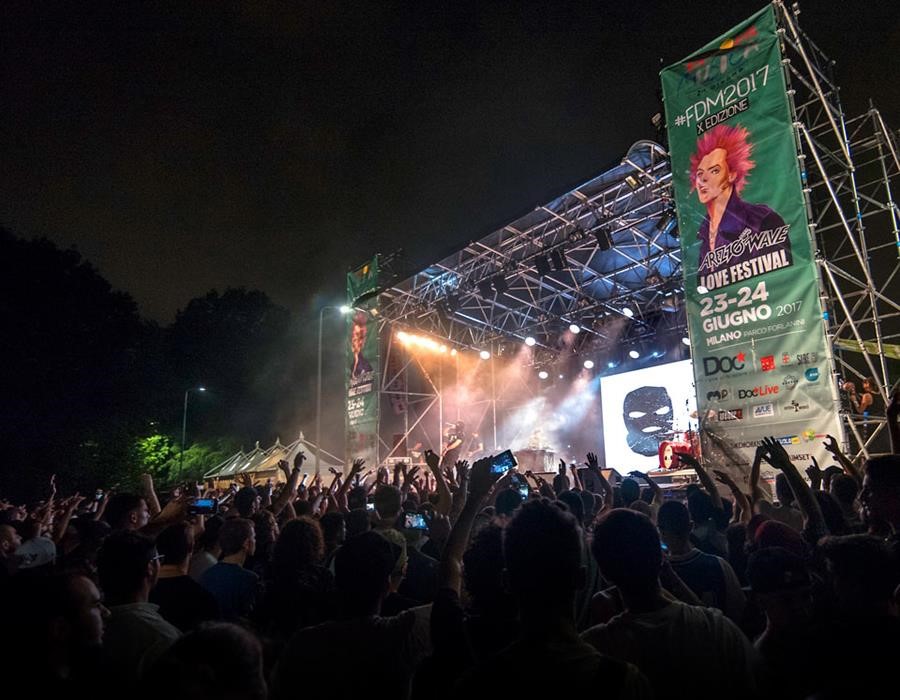 “Due to its fidelity and high-end frequency extension, the VUE system handled all the different acts and styles with ease.  And its transparency made mixing easy: all the necessary adjustments from genre to genre were quick because the PA didn’t get in the way.”

Now in its 31st year, the annual Arezzo Wave Love Festival showcases emerging Italian live and electronic music talent. Held for the first time in Milan on June 23 and 24, 2017 in conjunction with the Festa della Musica, the 2017 event featured performances from Arezzo Wave Band competition winners as well as more than 50 artists from every Italian region and Europe. Attendance for all shows is free to the public.

For the second year in a row, Sinergie Group, exclusive VUE Audiotechnik distributor in Italy, teamed with non-profit foundation and event organizer, Fondazione Arezzo Wave Italia to provide sound for each of the event’s three music performance stages. “VUE Italia was very honored to provide sound again for the Arezzo Wave Love Festival,” explained Livio Spallino, VUE Italia marketing manager. “And it’s even more of an honor to hear from Wave contest regional directors that VUE is their only choice.”

According to Gabriele Giambertone, Sinergie Group system tech, given the range of material performed on each stage — from rap to poetry — and orientation of stages throughout Milan’s outdoor Parco Forlanini, VUE’s al-Class line array systems were “the ideal choice for precise vertical coverage and absolute sonic consistency, while minimizing hang weight and sight line clutter.” 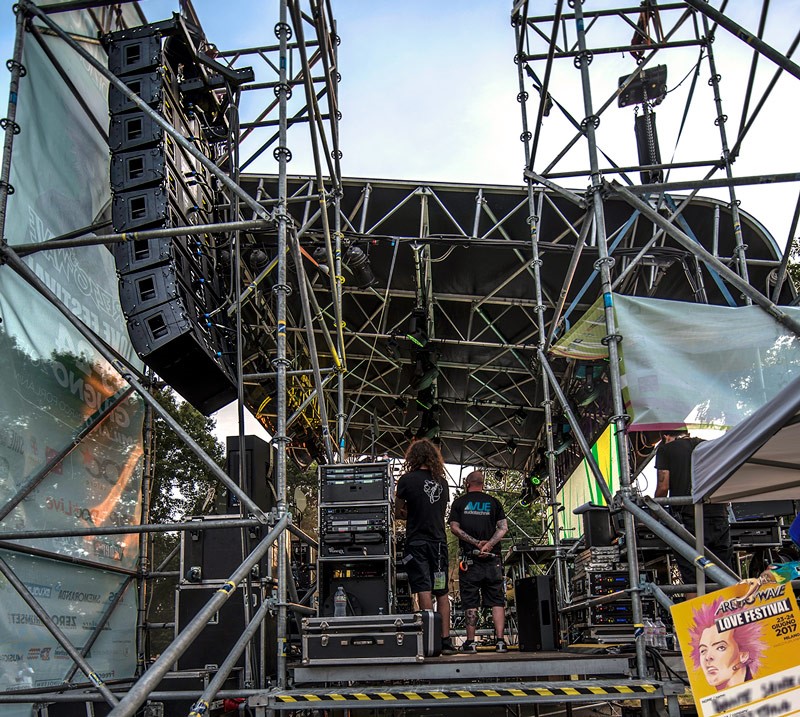 The “Main Stage” system consisted of twin hangs of eight al-12 elements. Directly below them was a ground stack horizontal digitally arced array of eight hs-221s and eight as-418 subwoofers. VUE h-Class loudspeakers were used for fill coverage with h-15s as front-fill, and h-12s for side-fill. The monitor system for the main stage included hm-212 and hm-112 wedge stage monitors, augmented with an hs-28 dual 18-inch ACM™ subwoofer on the drums.

The smaller afternoon “Psycho Stage” utilized two ground stacked arrays of four al-8 line array elements along with eight al-8SB 18-inch vented subwoofers in a cardioid configuration and six a-12’s stage wedge monitors. And finally, for the “Lake Stage” that showcased regional band contest winners, two ground stacks of four al-4’s per side, along with two hs-25 dual 15-inch ACM™ subwoofers, provided stellar intelligibility.
According to the festival sound engineer, Enrico Fumasoli, who provided system tech support for the Main Stage, the VUE system performed flawlessly across a range of material from Arabian hard rock to rap. “Due to its fidelity and high-end frequency extension, the VUE system handled all the different acts and styles with ease. And its transparency made mixing easy — all the necessary adjustments from genre to genre were quick because the PA didn’t get in the way.” 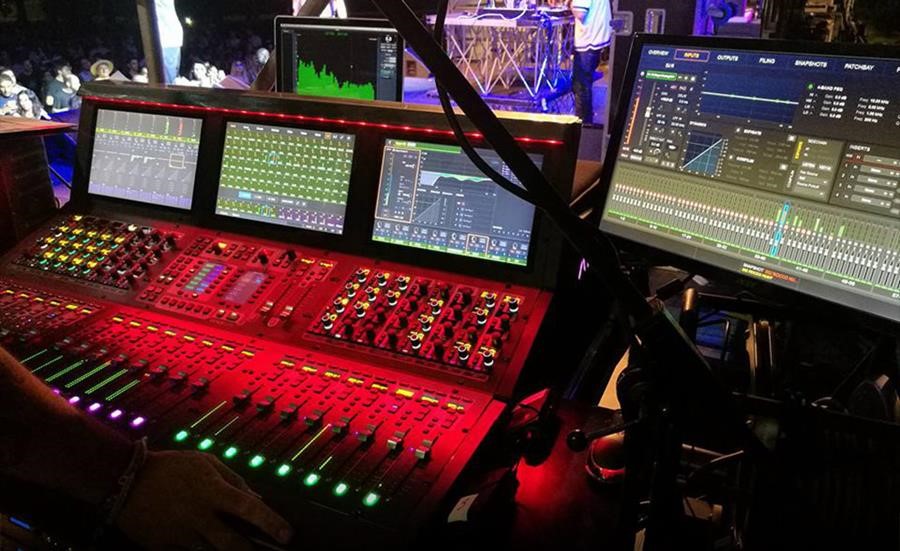