BottleRock Festival 2019 Doubles down with VUE 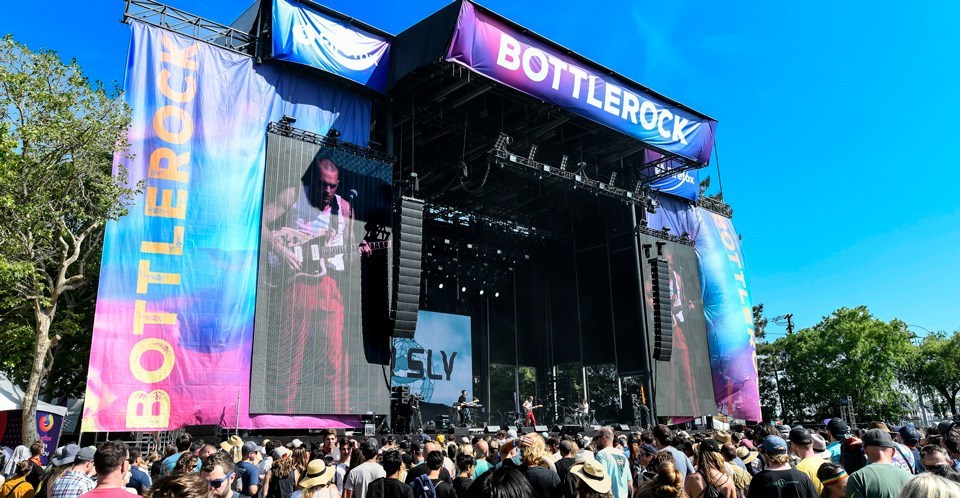 Escondido, CA, July 17th, 2019
Billed as the “first taste of summer,” the 7th annual BottleRock Festival once again sold out drawing some 120,000 attendees by mixing music with the best of Napa food, wine, and beer. And VUE Rental Network Partner, Delicate Productions, was there — for the 7th consecutive year — to provide audio and lighting services for all the performance venues at the 3-day event. In addition to the secondary Bai Stage, which has featured a VUE al-Class Line Array System for the past five years, Delicate expanded the use of VUE’s Acoustic Linearity system to include the larger Firefox stage. Aside from accommodating headline act Pharrell William’s rider, the expanded VUE presence enabled Delicate to improve coverage and the sonic experience across two premiere stages, while maximizing capacity and revenue for the event organizer, Latitude 32.

“We’ve run a VUE rig on at BottleRock for the past five years with great results we were excited to deploy another VUE system on the larger Firefox Stage. It fulfilled Pharrell’s rider, and we knew we would set an entirely new benchmark for performance on that stage,” said Jason Alt, president of Delicate Productions. “What’s more, we knew that the VUE al-Class could easily meet hang-weight limitations, while also ensuring consistent coverage across the entire audience area—without the need for delays, which take up valuable real estate that could otherwise be used for audience space.”

VUE’s touring sound manager, Shawn London, worked closely with the Delicate team to configure and set up the VUE rigs on both stages. “I’ve known Shawn for more than 20 years and having him on site made me super comfortable,” explained Alt.

The larger Firefox stage main System comfortably covered a throw of more than 350 feet and consisted of left and right hangs of sixteen al-12’s. FOH low-frequency support was provided by twenty-eight hs-221 ACM infrasonic dual 21-inch subwoofers. Front fill was courtesy of six al-8 elements positioned across the front of the stage. The 16 discrete monitor system utilized a combination of VUE hm-112, hm-115, and hm-212 stage monitors along with four al-12’s on top of two al-12SB dual 18-inch subwoofers per side as side fills. A combination of rack-mounted and onboard VUEDrive Systems Engines handled all power and processing for the FOH system and stage monitors. All the DSP/amplifiers were controlled over an ethernet network using SystemVUE software. 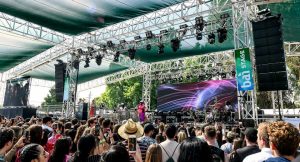 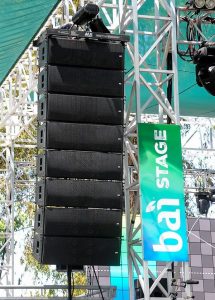 An additional pair of h-12 high definition systems provided VIP-area support. Alt commented on how the SystemVUE software and the rigging made setup fast and easy. “I make a point of walking every venue to ensure it sounds great everywhere, so it’s important to have the manufacturer’s support to help optimize configurations and adjustments to maximize the listener’s experience. When I walked the venue on the last night of setup, I noticed the crew had been a little too conservative with the tuning, but Shawn was receptive, made some adjustments and when we handed it over to Pharrell’s engineer the next a.m. it sounded perfect.”

“Most concert arrays struggle to work well beyond 300 feet from the stage,” expanded London. “All the way out to the 300-foot mark, the VUE rig was still performing well, the vocal’s stayed close, and everything was tight with no break-up. The array configuration really worked in terms of minimizing top-end fall-off at a distance. It was great to be able to get 30 plus FOH mixers in front of the al-12’s,” he said. Acts performing on the VUE stages included Santana, Pharrell Williams, Cypress Hill, AJR, Bigg Boi, Flogging Molly, & Juanes. 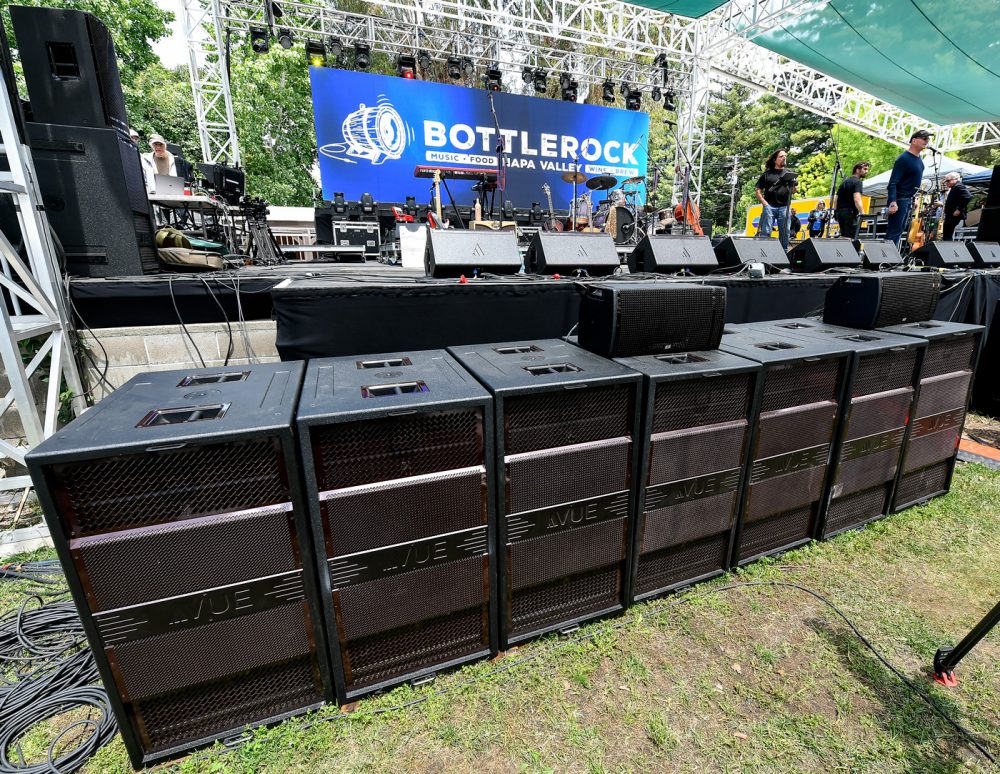 According to Alt, visiting engineers expressed excitement over the expanded VUE presence – some having mixed on VUE in the past with great success, as well as other who were looking forward to finally being able to mix on the VUE al-12 PA. No one was disappointed. “Many of the engineers said the clarity of the boxes was amazing and was almost like mixing in front of near fields. We also got lots of great comments on the subs and how tight and punchy they were. Overall the VUE rig met or exceeded all our expectations, and the client was thrilled.”