This new feature is available on two ACT 7 Series wireless receivers as well as the dual channel variant of the company’s ACT 8 Series product line. Additionally, the MIPRO ACT 8 Series product line has been expanded with the introduction of the new ACT 848 digital wideband encryption-capable quad channel receiver—available in both standard and Dante-equipped versions. 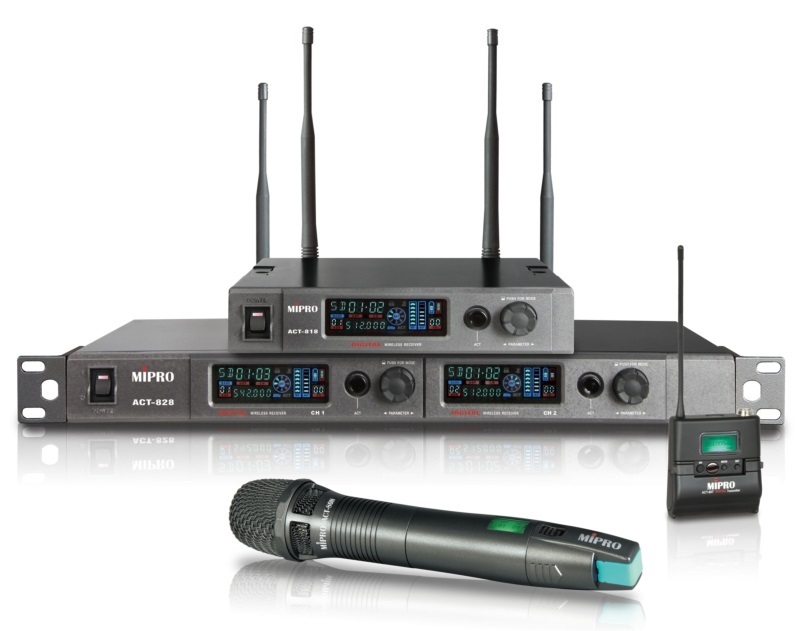 In addition to the availability of Dante audio networking functionality, the ACT-848 quad channel receivers are true digital wireless receivers offering Digital Diversity Receiving Technology with available 256-bit encryption. MIPRO’s Digital Diversity Receiving Technology utilizes two receivers in each wireless channel, each tied to its own antenna. Unlike wireless systems that use multiplexing between the A and B antennas, depending which one has the best overall average signal, the ACT 8 Series uses antenna summing, creating a mix of the best parts of both antennas in real time, which results in the most saturated signal available.

Fred Canning, national sales manager for Avlex Corporation, comments on the addition of Dante audio networking to the various MIPRO ACT Series products and the introduction of the ACT-848 receivers, “Dante has proven itself to be one of the most beneficial audio technologies of recent years, as it enables vast amounts of material to be transmitted over a single wire, thus eliminating the cable clutter so common to large venue audio projects.

“With the addition of Dante to the MIPRO ACT 7 and 8 Series receivers, audio professionals now have the choice of analog or true digital wireless systems that greatly minimize the number of cables feeding mixing consoles and other equipment. The new ACT-848 Dante-equipped receiver adds 4-channel capability to the 8 Series line, so audio pros now have a solid range of choices. I’m confident these Dante-equipped receivers will be well received.”